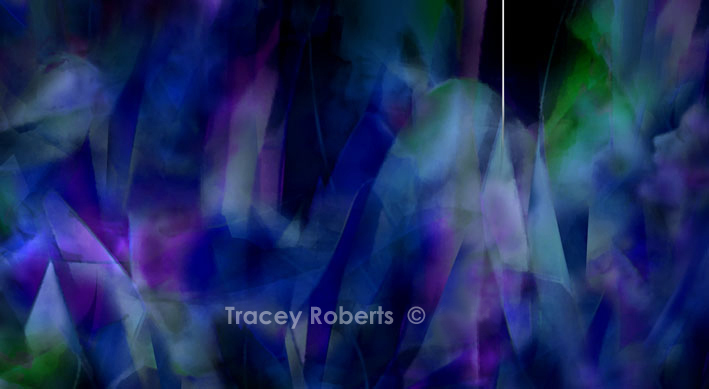 The blues and purples I see when I hear the Tallis Scholars performing Gregorio Allegri’s Miserere are the colours of the crystal clear weaving harmonies and the pristine white line of that high C soaring into the heavens. The black areas represent the silences between the periods of singing. My synesthetic interpretation also includes a faceless, hooded woman praying and the faces of at least eleven choristers singing this hauntingly beautiful piece of sacred music. Written in the 1600s, it apparently became so famous, that by the mid 1800s, the Papacy forbade anyone to sing it outside the Sistine Chapel, in order to enhance the reputation of the Papal choir. Allegedly, the music finally escaped when Mozart at age fourteen wrote it down from memory.
Thank you Amadeus!

Artesyn and Pangaea Productions P/L will never share any personal information without your permission.